How to Read Library of Congress Call Numbers

Items in TTC's Libraries are arranged according to the Library of Congress Classification system. This classification system arranges works by subject so the call number of an item gives an indication of the subject matter of the work in addition to telling where specifically the item can be found on the shelf.

Call numbers are on (or near) the spine of the book.The call number is made up of a combination of numbers and letters that are read left-to-right, top-to-bottom. 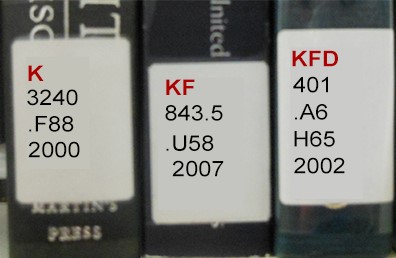 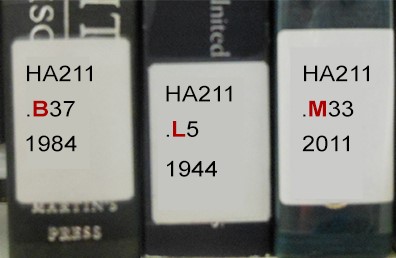 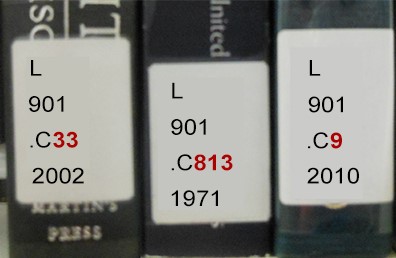 There may be another letter-number combo. If there is, these numbers will be read as decimals as well.

Year: Four digits at the end of the call number usually signifies the year of publication and should be read as a whole number.