This guide was created for Black History Month, 2017. 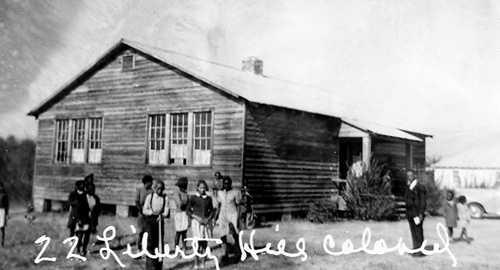 In 1947, nearly 60 African-American citizens in Summerton, Clarendon County, SC took up a pen and signed a petition to challenge the "separate but equal" practice in the county's schools; Clarendon's school system provided buses for White children but not for Black ones.  Black children often had to walk many miles to reach their schools. The "Summerton 60," as they came to be called, wanted a bus for their children--just one bus. And so they signed. They didn't know it at the time, but they had taken the first steps on the road to a legal case called Briggs v. Elliott. That case, along with several others across the country, would lead to the landmark case now known as Brown v. Board of Education.

The book below is available online by clicking the title.  If you are off-campus, you will be prompted to login using your TTC ID number.  Additionally, print copies of the book will be available at Main, Berkeley, and Palmer campuses and may be checked out with your TTC ID.

Some of the People Involved

For an online tour of the Clarendon County struggle for equality education, please go to the Smithsonian's Separate is Not Equal exhibit. This presentation includes photos of many of the people mentioned below.